Guthrie: Should the special counsel honor and observe the Department of Justice guidance that states a sitting president should not be indicted?

Pelosi: Do I think that that is conclusive? No I do not.

Guthrie: So you think it’s possible that special counsel Mueller could legally indict a sitting president?

Pelosi: Let’s just see what Mueller does. Let’s spend our time on getting results for the American people.

Guthrie: As you well know, there is longstanding DOJ guidance that states a sitting president should not be indicted. But it is not the law.

Pelosi: It is not the law. Everything indicates that a president can be indicted after he is no longer president of the United States.

Guthrie: What about a sitting president?

Pelosi: Well, a sitting president, when he is no longer president of the United States.

Guthrie: A president who is in office? Could Robert Mueller come back and say, “I am seeking an indictment”?

From Russia With Espionage Charges

BREAKING NEWSPaul Whelan was discharged from the Marines because he submitted HIMSELF for various awards -Legion of Merit, Meritorious Service Medaletc via the online awards system of the Commanding General of the Third Marine Aircraft Wing.

BOOMWhelan’s attempts to fraudulently secure awards for himself through a system he had admin access to, was caught when the poorly written forms were flagged by the Commanding General’s staff.

Paul Whelan also falsified orders so he would not have to return to his primary unit in Michigan and he could stay at Miramar. He was also drawing BAH and Commuted Rations pay while living in an apartment in LaJolla when he lacked orders that he was stationed there

Here’s my take… a Marine that would fake acts of bravery and service for commendations and awards he didn’t earn and would rather go to Russia on leave then be w family and friend is a perfect mark for the FSB to recruit. Kelly Services made a huge error in hiring him

If Whelan can lie about his record, falsify forms for pay, has zero honor or integrity -than he’s very capable of selling out to the Russians. As a global security expert he was privy to a lot of secrets, key cards, passwords, key codes, access to cameras

Perhaps Putin was telling the truth. Maybe Whelan was apprehended while on a ‘spy mission’- EXCEPT- he was on the mission so Putin could trade” him for Butina. CrazySure. But hasn’t it been insane for the last few years

Well… apparently Whelan was caught red handed at the Metropol Hotel w a USB drive he obtained from a Russian citizen. It’s data contained info on the makeup of staff of Russian Intel and Agencies. He’s in Lefortovo prison which is known for its very harsh conditions

Paul Whelan is in a “dungeon”.

A key goal will be to drum up as much concern for Whelan’s well being as possible so that the public outcry for the trade of Butina for Whelan is massive. Expect Russian bot and # hashtag participation in drumming up support for this “ex” marine

Putin and Trump did not realize that we would find out that the ex marine is not a patriot and that it would undermine our sympathy for him. He was basically attempting his own version of “stolen valor” by falsifying docs to make himself out to be a hero. It’s despicable

The translation is rough, but it’s weirdly interesting…

No Honey pots for Paul Whelan… Russian intel services note that “it was striking that Whelan was not at all interested in pretty RU women, preferring to drink w male acquaintances of the Internet”

Paul Whelan’s lawyer in Moscow, Vladimir Zherebenkov, said his client “is confident and has a great sense of humor and hopes for objectivity of the investigation”

Whelan, accused formally of espionage by Russia, has 59 friends on his VK page, including former students at the Military University of the Russian Ministry of Defence. He met w one VK friend in 2008

We aren’t the only ones curious that Ambassador Huntsman rushed to see Whelan. It was called a “rookie mistake” by a RU foreign policy analyst. “It esculates the situation…” Was it really a ‘mistake’ or part of a pre-arranged plan?

Whelan’s brother David isn’t aware if his brother Paul is still a Canadian citizen… Canada was briefed when Paul was detained that they had an Ottawa man in custody. My question: did Whelan use a Canadian passportWhy would Canada be notified

BREAKING NEWSWhelan’s attorney, Zherebenkov, is talking about a prisoner exchange”I myself hope that we can RESCUE and bring home one Russian SOUL” He’s talking about Maria Butina…

Here is the first page of Whelan’s Court Martial 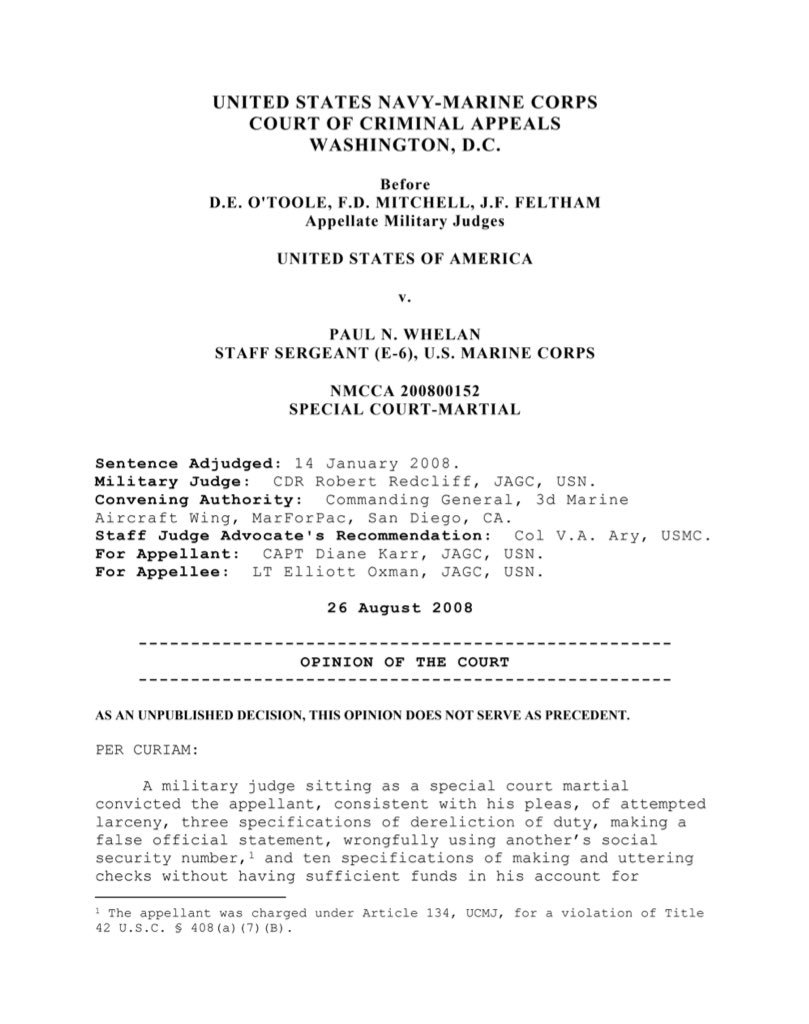 This must have been planned by a mastermind C’mon, did Whelan really arrange a transfer of a classified USB in the Metropol hotel – the same day of his friend’s wedding and where he and other guests were stayingHe couldn’t have gone to a park? https://metropol-moscow.ru/en/offers/546/

The irony… it’s like when we found out Manafort was using 007 for his password. The Metropol was the hotel that Count Rostov lived in under house arrest in this novel

@detroitnewsadded that Whelan’s duties at Kelly Services put him in contact w an FBI division embedded in embassies overseas. That’s odd given that he was court martialed and discharged from the Marines. Why was he given these critical responsibilities at Kelly Services

I said I’d go into more detail, but the big points are covered already.  Nancy Pelosi, the boogeywoman of the Right Wing World, is now the Speaker of the House.  That makes her the second person in the Chain of Succession for the President of the United States.  In the normally-unlikely event that both the Pres and VP leave office around the same time, she would become the President.

It was a needlessly ugly fight, but I’d like to point out something.  In a span of about three weeks, she was able to whip together enough votes from the “No way we’ll vote for her” crowd and built enough of a coalition to win, while also giving enough wiggle room for the handful of candidates who ran on the “I won’t vote for Nancy” platform to not vote for her.  Plus, she hit the big hits on her acceptance speech, and within the first night passed the exact same spending laws that the Senate passed last year to reopen the government.

Will it always be smooth sailing?  Oh, hell no.  But, for the first time in a long time, there’s a sense of hope that part of the government will DO IT’S FUCKING JOB!

This video from Rachel Maddow is definitely worth watching.  Using multiple instances she asks a very simple question.

How is it that Donald Trump, an ignorant, bloated, lazy, idiotic waste of space pulls obscure Russian propaganda out of his ass and says it so well that he might as well work for the Politburo?

This isn’t a new thing for Trump.  After his trip to Moscow in 1987, the notoriously cheap man spent his own money on an Anti-NATO ad in the New York Times.  I covered him reciting their stuff on the campaign trail a couple days ago (Daily Check-In 01/01/2019), and this video brings up a couple weird Russian talking points, like blaming Poland for invading Belarus when it was Russia, or repeating Russia’s claims on how dangerous Montenegro could be if they joined NATO.  Then, Trump pulls the “They invaded Afghanistan to stop terrorism” spiel that is actually Putin’s ploy to rewrite history. (Daily Check-In 01/02/2019)

Considering that Trump is semi-literate at best, he’s probably not reading this in some obscure book on Eastern European history, so he’s getting this fed to him somehow. 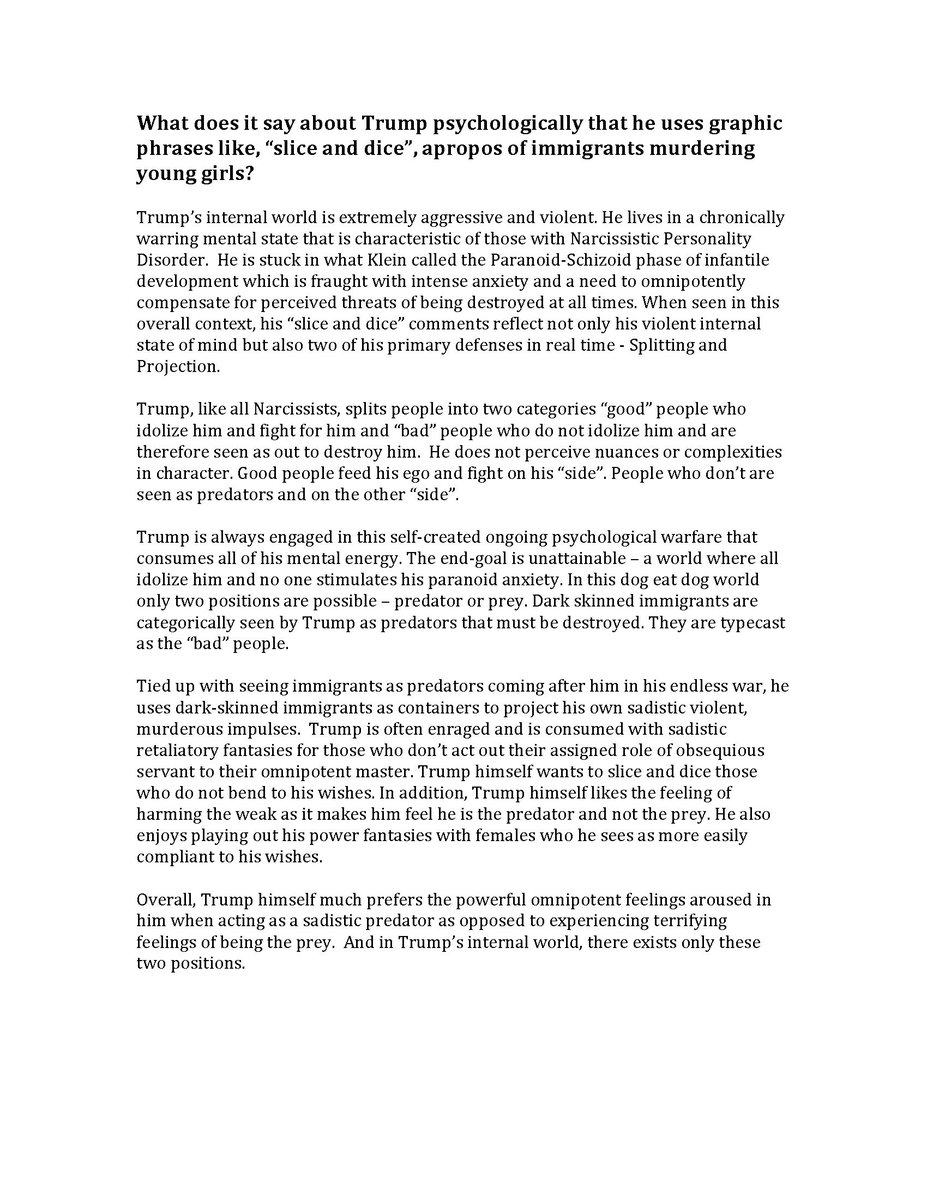 That’s it for Thursday.  I’ll see whether I’ll post Friday by itself or with the weekend.  Partly, it depends on how much happens and when I get time to write.

A spoiler for tomorrow, one story that I’m seeing is that 5 reps, 4 Democrats and a Republican, have just moved forward a resolution to create an amendment to the Constitution overturning Citizens United.  Hopefully I can go into more details on my next post.