COHEN IS FUCKED HARDER THAN STORMY DANIELS IN BONE APPETITE (2003, FROM THE INTERNET ADULT FILM DATABASE (YES, THAT REALLY IS A THING))

The consensus thought is that Michael Cohen will flip on Donald Trump as soon as charges are brought against him.  Cohen loves to talk tough, but he’s probably never been in a real fight in his life, and you never know how you’ll react until you get punched in the face.  He’s bragged about how he would take a bullet for Trump, but there is a world of difference between taking a bullet and spending 30 years in prison.

Remember on Daily Check-In 04/18/2018 when I said to keep an eye out for Keith Davidson?  Looks like we don’t have to wait to find out news about him.  He’s already working with the feds against Cohen.  My guess is that they found some incriminating evidence against Davidson, and gave him a simple option; work with them against Cohen or look at a VERY long prison sentence and disbarment.

On top of his federal problems, Cohen owes $174,000 in back taxes on his taxi cab companies.  Those tax problems are on top of his other legal issues.

There’s only one word that describes how I feel watching Michael Cohen squirm.

Coming right out of the Watergate playbook, the Democratic Party has sued the Trump Campaign, the Russians, and all of the players in Federal Civil court in SDNY in Manhattan.  You know, the same place that’s going through Trump’s lawyer’s documents with a fine toothed comb.

It would be a shame if Trump had to split his attention among another lawsuit.

Look, another lawsuit!  This time because Donald Trump called a woman he was involved in a civil lawsuit with a liar.

Gee, I REALLY hope he can focus his energies and doesn’t have to deal with ANOTHER lawsuit.

THE RUSSIAN INVESTIGATION:  McCABE SUES TRUMP FOR DEFAMATION, WRONGFUL TERMINATION.  SESSIONS THREATENS TO RESIGN IF ROSENSTEIN IS FIRED, DID TRUMP SLEEP IN MOSCOW?

That’s at least two lawsuits filed and another promised in ONE FUCKING DAY.

And Rudy?  That fucker hasn’t been in a courtroom since the 80’s.  He’s brash, obnoxious, and under investigation for passing on classified information from FBI agents to the press.  Which may be the only use he has in this case.

COMEY DON’T PLAY THAT:  FALLOUT FROM THE MEMO RELEASE

Claiming to serve and fight when one didn’t is such a scummy, slimy, cowardly move, and that kind of claim is easy to prove or disprove.  It’s not like anyone could look up the division, find out where it was headquartered, contact the base, and ask someone to look up the personnel records from over almost 30 years ago.  Or, track down a few soldiers from that unit and ask them “Did you serve with this guy?”

Fuck Pompeo, and fuck Pruitt.  I haven’t talked about him enough, but his corrupt ass really needs to spend some time in the barrel.

19 years ago, two kids rolled in to Columbine High School and shot up the place, in what was at that the time the worst shooting in a school.  Since then, over 200,000 school aged kids have been exposed to gun violence in this country, while the Republican Party accepted more and more money from the NRA to block any and all attempts at gun control, no matter how common sense the ideas were, like keeping guns out of the hands of people with violent criminal histories or mentally unstable people.

An entire generation of kids grew up under the specter of violence in school.  And we let it happen.  Gen-X, Gen-Y, the Boomers, all of us let this happen.

We need to stand with this next generation to solve this problem.

TRUMP ORG AND CORRUPTION, FROM THE WATER IS WET DEPARTMENT

These stories about Trump calling reporters to leak stories about him have been circulating since the 80’s, but it looks like a reporter found their old collection of tapes where “John Barron” talked about how great Trump is.

Ok, this is pretty fucking weird, and I know it doesn’t have anything to do with Russia, politics, or treason.

A couple weeks ago I ran across a story from Artvoice posted on Reddit about a self-help multi-level-marketing system that is actually a pyramid scheme sex cult.  I didn’t catch all of the details, but it was just weird enough to might have a piece of truth to it.

Well, turns out that Clark’s blonde friend from Smallville was running a sex cult, complete with branding her slaves with her initials on their vaginas.

That last article was from Fox Business, claiming to have insider information about the Mueller Investigation.  I’m calling bullshit.

Mueller’s team has been a black box.  No one knows what they’re doing until they do it, and any info that does come out only comes from the defense attorneys that get interviewed.  On top of top of that, Fox News Channel is under a counter-intelligence investigation.

So, why in the Crystal Pepsi-flavored fuck would anyone from the Mueller team talk to Fox Business and Fox News? 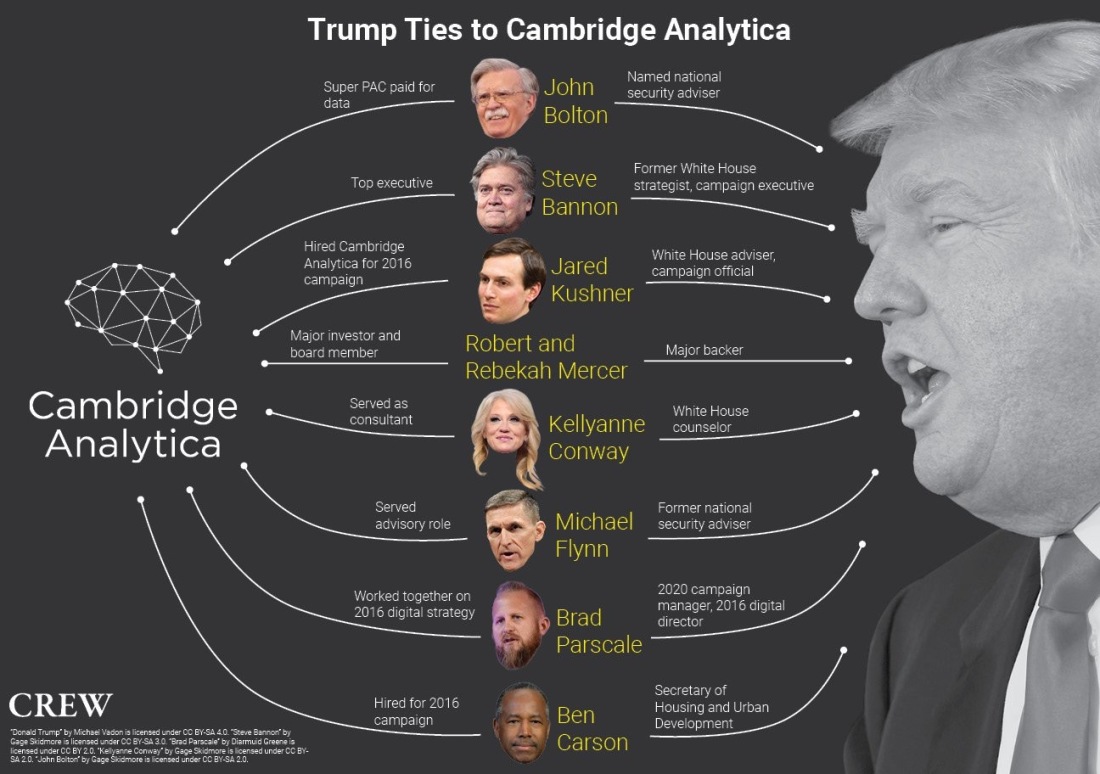 We’ve entered a new phase, where multiple investigations in several jurisdictions are taking place simultaneously. Mueller’s work in EDVA and DC, Cohen and the DNC lawsuits in SDNY, and now EDNY subpoenaed Jared’s businesses over their rent-control scam.

4 federal attorney offices are actively investigating people close to the President.  And they know they’re screwed.  Even Cohen’s own lawyer expects him to be indicted within 90 days.

I find 90 days an interesting time, and makes me think that we’re going to see a major change in the strategy.

Why?  That’s how long it would take to change New York state law to remove double jeopardy protection for people pardoned in federal court.  I mentioned in Daily Check-In 04/18/2018 about the efforts to amend New York 40.20.  If that change goes through, then it’s game on, as New York won’t have to worry about what crimes get pardoned.  If anything, the pardons would make it easier for them to charge people in state court, since as I mentioned before in GTKYG-Pardon Limitations that accepting a pardon is an admission of guilt and waives their fifth amendment rights against self-incrimination.

That’s it for today.  I’m not sure what I will write this weekend.  Most likely, I will update the Cast of Characters.  Maybe I’ll start up a tally with all of the known lawsuits floating around.  We’ll see where things go from here.