There is a theory in political science about how the spectrum isn't a straight line, but it is actually shaped like a horseshoe.

The short version is that when we hear about the political spectrum, left and right wing, we normally think like it looks like this… 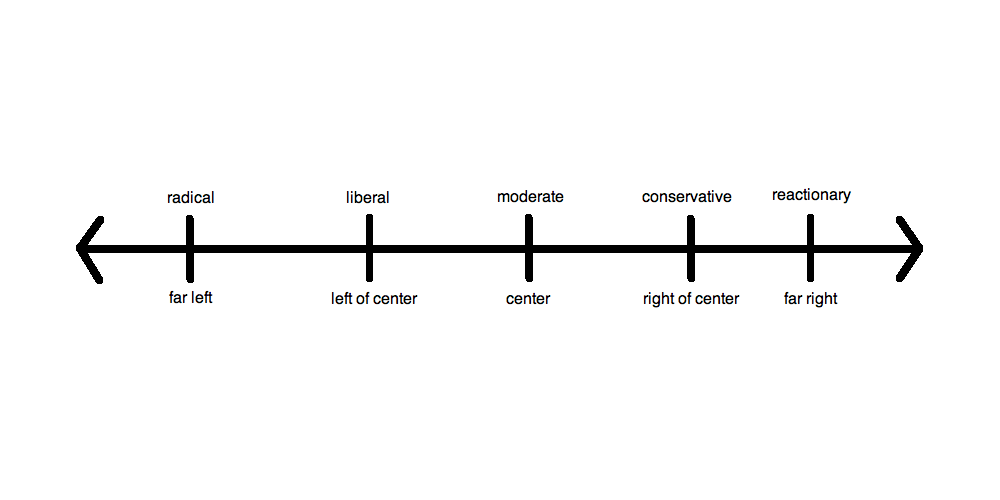 When in reality, it functions closer to this…

In this design, the ends are closer to each other than they are to the center.

So, why is this important? And why does it matter?

Because this helps explain how and why the Bernie or Bust crowd exists in the first place, and how they were exploited to Trump's benefit.

Let's rewind a bit and take a moment to talk about the Bernie or Bust crowd. Towards the end of the 2016 Primary season, HRC was fighting against Bernie Sanders for the Democratic Party nomination for President. Bernie had come out of left field, and had campaigned on a very progressive agenda which included universal health care, student loan forgiveness, free higher education, and comprehensive government reforms. He was doing a good job, but was losing. By May, it was pretty obvious that HRC would be the nominee, and that Bernie was fighting for a place at the table. HRC would pledge to adopt some of his policies, and Bernie would endorse her.

A group of Bernie Sanders voters were not happy. They viewed HRC as the enemy and refused to join her cause, no matter what. They pledged to do whatever they could to get Bernie elected President. They became the Bernie or Busters.

The Bernie or Bust crowd was not happy that HRC would win the nomination, and went apoplectic when DNC hack hit the news and it came out that the DNC preferred HRC to Bernie, and tried to help her win. (I'll put up a future post about how Trump vs. Bernie was Putin's wet dream.)

Over the next few months, as the election drew closer, most of the Bernie or Bust crowd dissipated as they examined their options. HRC, Trump, Gary Johnson, Jill Stein (more on her in the future), write in Bernie, or skip the election altogether. While most either held their noses to vote for HRC, or did a protest vote for one of the third parties, several of them jumped ship over to Trump. Some viewed this as an enemy of my enemy scenario, others espoused how his views aligned more with theirs.

Discrediting the trolls and operatives for a moment, that last sentence doesn't sound too crazy, if one takes Horseshoe Theory into account. It can be much easier to make a mental leap from one end of the spectrum to the other than to "sell out" and go to the center. The opposite positions can be seen as a reset: wipe the slate clean and start from scratch after it implodes. It's not that hard to hold positions on the extremes at the same time.

I should know. I used to be that guy.

Back in the 90's and early 00's, I held some pretty (for the time) far left social views, but at the same time held far right views on economics and trade. I believed in all kinds of gender equality and marriage rights, including gay, polygamy, and polyamory marriages, but at the same time did not see the benefits of globalization and open markets. Over time, my views have adapted to the times, and the times have also adapted to my views. In 2000, I was registered in the Reform Party, and only voted for Gore because Pat Buchanan was too far right socially for my tastes, and I don't even remember if Nader was on the ballot in PA. Even that made feel like I needed a shower.

Last year, I voted for Bernie in the primary for two reasons. I liked his policies more that HRC's, and John Fetterman was one of his delegates. This was also before Russia was in the news every day. Before looking into the Trump campaign, the DNC hacks, and finding out that HRC made Putin pee his pants once.

Horseshoe Theory doesn't explain how Trump won the presidency, but it does explain how one subset of voters could be swayed away from HRC, and possibly to Trump, if properly motivated. There are many players in this tale, and each one has a story to tell, from the trolls in Russia posting on 4Chan to the propagandists pushing stories to Facebook to the frontline soldiers in the information war to the spies on the inside and the lawyers working to bring traitors to justice.

But those are stories for another time.