A federal judge on Wednesday sentenced a California man to six months in prison and six months of home confinement after he pleaded guilty to a felony identity fraud charge tied to Russian troll activity that rocked the 2016 presidential campaign.

The sentence for Richard Pinedo, 28, is the most severe penalty handed down yet in special counsel Robert Mueller’s high-profile investigation into Moscow’s meddling to help elect President Donald Trump.

Pinedo’s case stemmed from his admission in February to unwittingly selling stolen bank accounts to Russian internet trolls who used the credentials to buy internet ads that sowed discord among Americans in the lead-up to Trump’s upset victory almost two years ago.

In brief statement before U.S. District Judge Dabney Friedrich handed down his sentence, Pinedo said he took “full responsibility” for his actions and pleaded for leniency because of both his full cooperation with Mueller’s investigators and the threats that he’s experienced since being publicly identified in the wider Russian efforts to influence the White House race.

“Never did it cross my mind that the services I was providing would be used in crimes at the highest level,” he said.

Mueller prosecutor Rush Atkinson said Pinedo’s cooperation did implicate others in alleged crimes, but he explained that the special counsel referred those matters to other U.S. attorneys around the country because the charges fell outside the special counsel’s original mandate to investigate the 2016 presidential campaign.

Atkinson added that Pinedo’s testimony to the Mueller team did assist in providing advice to U.S. private industry “to tighten up its security functions.”

But the Mueller attorney said that Pinedo’s cooperation was “not significant enough” to assist in the special counsel’s February indictment against three Russian companies and 13 Russian citizens who allegedly also used social media activity to influence the 2016 presidential election. Mueller’s team, he said, already knew about the information Pinedo provided.

Richard Pinedo, the Identity Thief who sold bank accounts to the Russians at the Troll Farm was sentenced to 6 months in jail.  His actions let the trolls spoof PayPal and funnel Russian money into local campaign activities, as well as giving people a “verified American” to work with.

Richard was very cooperative, but Mueller already had all of the information he provided.  Richard was helpful, but not “No prison sentence” helpful.

It’s like that scene from Harry Potter and the Goblet of Fire, when they bring that one prisoner from Azkiban to testify and name the other Death Eaters, but they know all of them.  That was his position.

Jared Kushner’s cozy relationship with MSB is likely responsible for this.  Hell, I wouldn’t put it past him that when news from the NSA came up to the White House, Kushner either killed any motions to protect Khashoggi, or tipped off the Saudis that they were about to get busted. 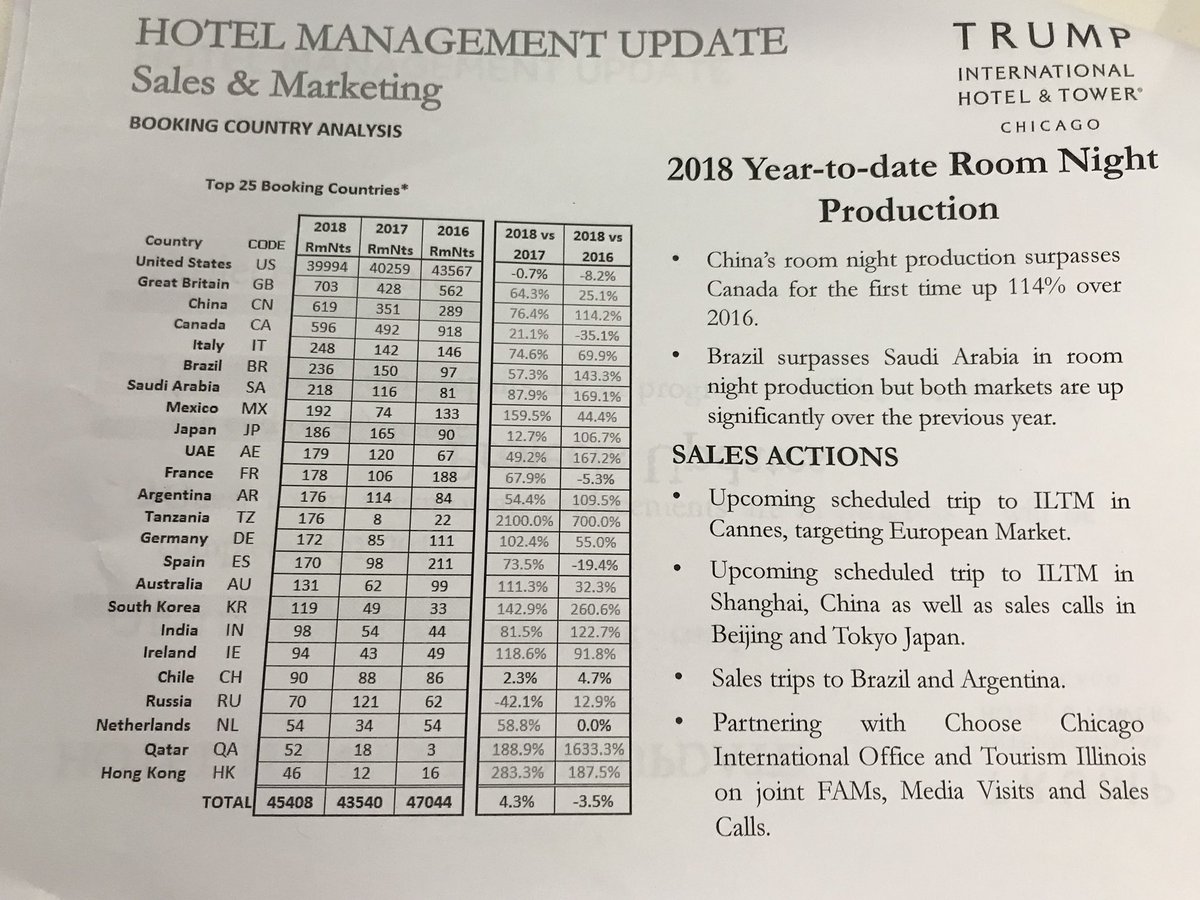 2…I started my professional life as a conservative Republican, moving from a entry-level job at @NROjust after college to Washington to work on the Hill. I’ve worked on campaigns for Republican politicians in four states, and in government for…

3…Republican elected officials from four different states, in both houses of Congress and the Capitol here in Madison. For both political and personal reasons I did mostly business and nonprofit work in more recent years, retaining my political identity as a Republican…

4…along with a lifelong belief that I knew better than the Party’s leaders what was good for the country. My formative experience was as Senate staff in the Reagan years; the modern Republicans I most admired were legislators like Bob Dole and Richard Lugar, who understood…

5…the importance of American institutions — the Senate above all — and American leadership in the world. And of course the men (in their time it was mostly men) who had made the best of the Republican tradition in American politics — Lincoln first, Theodore Roosevelt…

6…Lacey, Pinchot, Stimson, Lovett, Eisenhower and Reagan — had great meaning for me, and still do. But their day is over, and their party is dead.

7…I commend recent thoughtful essays by @MaxBootand @RadioFreeTomon their own respective decisions to leave the GOP. My reasoning is a little different though not entirely inconsistent with theirs. The language of electoral politics is one I understand and appreciate…

9…is unforgivable. I’ve seen a mostly successful Presidency, and an effective Congress; I know what they look like. More recently I’ve seen what failure looks like: wars carelessly undertaken and not won in spite of enormous expenditure of lives and resources,…

10…a Congress unable to timely pass routine legislation and spending bills, massive tax cuts passed to provide campaign donors a return on their investment, the financial services industry left deliberately to regulate itself until it nearly blew up the global economy,…

11…and triggered a devastating recession, the worst in 80 years. Then followed abandonment of responsibility. In the face of this cruel recession, that cost millions of Americans their jobs and hundreds of thousands their homes,…

12…the Republican leadership in Congress resolved to do…nothing. There was a Democrat in the White House, and a Negro one at that — the seething resentment of Barack Obama’s race was something he never wanted to acknowledge; I didn’t either, but there it was.

13…Eight years followed of Republicans in Congress appropriating the name & heritage of their party to beg for money before the richest people in the country, keep Congress & all of government from functioning, hoping that the minority of Americans who vote would reward them…

14…for abandoning their responsibility. Which they mostly did, to their discredit, right through the 2016 election, when through a fluke of the Electoral College Donald Trump became President.

16…in Trump’s party. In a Republican Party grown dependent for support of its enormous campaign infrastructure on concentrated private wealth, Corruption was already well established before Trump even got to Washington and started using the Presidency to enrich himself.

17…The single most corrupt act during the whole sordid Trump era to date was last year’s tax bill, written as its predecessors in 2001 and 2003 had been to reward donors of large sums to Republican candidates. This bill was mostly written in Congress.

18…Criminality by Trump personally was helpfully detailed by the New York Times just a few days ago: the man is a massive tax cheat. A steady stream of Trump associates and supporters have gone before Robert Mueller’s team of investigators, and thence to prison.

19…It’s as if the President of the United States were the center of a criminal conspiracy. As If. As to the Kremlin, let’s be perfectly clear: Republicans in Congress are determined that Russia’s intervention on Trump’s behalf should not count against his Presidency.

20…Trump’s sponsorship by the heirs of Stalin’s secret police has inspired no rebellion among any Republican elected official. All Republicans in both houses of Congress are fine with it. I think we ought to take American patriotism a little more seriously than they do.

21…I would do Trump himself an injustice were I to leave C2K as the whole of his contribution to American government. His rank, stinking, putrid ignorance could be bottled and exhibited at the Smithsonian for the next thousand years as an unequalled specimen of its kind.

22…Trump is more indolent than some corpses. He despises black people, loathes Hispanics, thinks Muslims not contributing to his skeezy hotel business are terrorists, and incorporates all his backward prejudices into government policy. Trump hurts people, and enjoys it.

23…To the extent Trump can be said to govern at all, he governs only for his supporters — the chumps who go to his campaign rallies, the white-right, the flatterers who appeal to him on TV day and night, and of course — always — the donors.

24…What is there left of Lincoln in today’s Republican Party? Of Theodore Roosevelt? Nothing. The party of Trump is the party of the Charlottesville white-right mob, the party of concentrated wealth, and perhaps most of all the party that rejects responsibility.

25…So I’m out, and for good. I will be an Independent. I will oppose Republican candidates for public office, and support Democrats whenever possible. We’re in a dark period in America, and the road to something better does not go through, or near, the Republican Party.[end}

While this isn’t a surprise it is certainly shocking. Also is it time to talk about Trump’s yacht yet? Hint Trump Princess Crown prince sought to lure Khashoggi back to Saudi Arabia and detain him, U.S. intercepts show – The Washington Post

So @realDonaldTrump @jaredkushner here’s the 2015 duty to warn directive WHY DIDN’T YOU WARN HIM? Oh wait… 282-foot, $70 million Nabila I’m going to drag you with serious facts.

If any of you are questioning the authenticity of that 2015 Directive 191, below is the link to the 4 page Directive I don’t traffic in fake documents, ever https://www.dni.gov/files/documents/ICD/ICD_191.pdf …

Some Far Right extreme reversals that Sept-Oct 2018 brought to the world:

1. Liberals went from “snowflakes” to a dangerous “mob” – requiring Rand Paul’s wife to keep a gun by her bed.

2. Alt-Right went from “Gorilla Mindset” alphas to men who need their mommies to defend them.

5. Lastly, the total abandonment of Taylor Swift by the White Supremacists who’ve had her back since Kanye stormed the stage & stole her moment 9 years ago. Oh, & unrelated to Swift’s pro-Dem vote stance, the Nazis now embrace… Kanye West. Perfection.

6. Maybe it’s all been cos-play after all. (Except for the part where Bannon’s Incel Nazi’s kill people. That’s real.)

Listen VERY closely at the 4:04 marker…you do understand that there ARE separate investigations into Kavanaugh, right? Wait for it…

Kyle Griffin: This whole 4-minute clip is worth watching. Kamala Harris grills FBI Director Chris Wray on the Kavanaugh supplemental background investigation, Wray confirms that the investigation was “limited in scope” by the White House. (via CSPAN)

Watch at 1:25, Ludington met with the FBI in NC, listen to what he states, there is in fact a separate investigation into Kavanaugh, as in lying to Congress.

SKH: “did the FBI look into allegations that Judge Kavanaugh lied to the Congress” DCW: “that is not something I can discuss here” FBI SOP: they do NOT publicly speak about ongoing/active investigations.

distinction-Wray could have said no Investigation. Now do you Get it?

The exact transcribed Exchange occurs at the 4:04 minute marker thru 4:11 If you listen closely you will find i transcribed the Exchange verbatim. The reason Ludington’s interview buttresses the conclusion is his interview strictly proffered Kavanaugh lied under oath

That’s it for Wednesday.  I’m going to update The Indicted in a few minutes.

My input is pretty light today.  Okay, it’s damn near nonexistent.  I ran low on time for this post.  Hopefully Thursday’s won’t be as light.