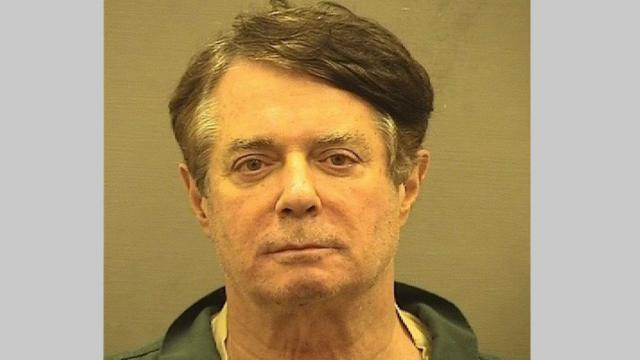 This was a complete partisan shitshow, but Strzok delivered, including his own attacks on Gowdy, Jordan, and Goodlatte.  Watch the video of his dressing down Trey Gowdy.  It should go up there with “Have you no decency, sir?”

A Russian-American lobbyist who attended the infamous meeting with Trump campaign officials at Trump Tower in June 2016 has filed a libel suit against one of Russian President Vladimir Putin’s most prominent critics.

Rinat Akhmetshin filed the civil case Thursday against investor Bill Browder in federal court in Washington, alleging that Browder repeatedly defamed him by labeling him as a Russian intelligence operative.

The suit cites a series of statements Browder made last July on Twitter and in interviews with news outlets, calling Akhmetshin a “Russian intelligence asset” and “a Russian GRU officer.” The GRU is Russia’s main military intelligence agency focused overseas.

Most of the disputed statements relate to allegations by Browder that when Akhmetshin and others met the Trump officials in 2016, the lobbyist and businessman was acting on behalf of Putin in some capacity.

“In my opinion you had a member of Putin’s secret police directly meeting with the son of the future next president of the United States asking to change U.S. sanctions policy crucial to Putin,” Browder told Business Insider, in one example noted in the suit.

The suit insists that Browder’s claims were false.

Michael Cohen, Donald Trump’s former personal lawyer who is under federal investigation, bought a $6.7 million apartment in April in a new Manhattan skyscraper that is being developed by two of Mr. Trump’s longtime friends, according to people familiar with the transaction.

Located at 111 Murray Street in Manhattan’s Tribeca neighborhood, the project is being developed by a partnership of real estate companies Fisher Brothers, Witkoff and New Valley. New Valley is headed by Howard Lorber, a real estate developer and longtime friend of Mr. Trump. Steve Witkoff, the founder of Witkoff, is also a longtime friend of Mr. Trump.

On the 19th floor, Mr. Cohen’s unit is about 2,697 square feet, with four bedrooms and 4½ bathrooms, according to listing website StreetEasy. It had been on the market for $7.475 million, according to the website. Amenities in the building include a Turkish bath, a private dining room, a 75-foot lap pool, a fitness center, an arcade and a concierge service that books private aircraft.

The glassy condominium project launched sales in the summer of 2015, and more than 70% of its 157 units were sold as of May, Lauren Witkoff, an executive vice president at Witkoff, said at the time.

The unit went into contract on November 2017, public records show, and the deal closed in early April 2018. Mr. Cohen’s purchase is the only closing in the building thus far, according to public records.

Mr. Cohen financed the purchase by securing a $3.5 million short-term mortgage from the developers, rather than getting financing from a bank, according to public records. While developers occasionally offer to finance purchases in their projects, such developer financing is unusual in Manhattan, real-estate attorneys say. People familiar with the deal said Mr. Cohen would have had trouble securing traditional financing because the unit did not yet meet the city’s legal requirements for occupancy.

People familiar with the transaction said Mr. Cohen had been in a rush to close due to an impending tax event. He’d sold a unit at New York’s Trump World Tower for roughly $3.3 million in October 2017, and needed to reinvest the profits within a fixed time frame to avoid incurring immediate taxes on the sale, they said. Mr. Cohen and his wife personally guaranteed the loan, according to people familiar with the deal. Mr. Cohen didn’t respond to requests for comment.

Mr. Cohen recently hired attorney Guy Petrillo to represent him in a federal investigation into his business dealings. Federal prosecutors in New York have been investigating Mr. Cohen on suspicion of bank fraud, campaign-finance violations and other possible crimes, The Wall Street Journal has previously reported. Mr. Cohen hasn’t been charged with any crime.

A spokesman for the listing brokerage Douglas Elliman declined to comment.

STORMYGATE: IS THIS SOME KIND OF BUST?

Sacha Baron Cohen is seemingly breaking his silence on the controversy swirling around his Showtime prank series to fire back at former Alaska Gov. Sarah Palin.

The comedian retweeted a new Twitter account that’s apparently his new “citizen journalist” character, “Billy Wayne Ruddick Jr., PhD.” The character has a truther website called “truthbrary” that’s full of Alex Jones-like conspiracy theories (such as “Hillary is a satanist — Illuminati defector” and “The Military has been Implanting Mind Controlled Neural Dust to remotely control their victims” and “16 more reasons to question 9/11”).

On Twitter, Ruddick posted an open letter to Palin saying he never said he was a military veteran as Palin claimed, but rather “I was in the service — not military, but United Parcel, and I only fought for my country once — when I shot a Mexican who came onto my property.”

He also adds, “I have always admired you for TELLING THE TRUTH about Obama’s birth certificate and the location of Russia. But ma’am, I do believe you have been hit by a bulls–t grenade and are bleeding fake news.” He included the hashtags #MAGA, #buildthewall and #boycottsachacohen.

Before Jordan’s involvement in the story broke on July 3rd, one of Jordan’s accusers, Mike DiSabato interviewed Hellickson on videotape. The video has not been publicly released but it’s been shown to multiple news outlets, including CNN and USAToday. On that tape, Hellickson admits to precisely what Jordan is vociferously denying.

On the tape, Hellickson said that many of the wrestlers were “uncomfortable” with Dr. Strauss’s behavior and that he had confronted Strauss about it. There was Strauss’s lingering in the showers with wrestlers and fondling them during weigh-ins.

Nine wrestlers have come forward to say Jordan knew about the abuse. Two of them say they told him directly of specific instances in which Strauss has touched them inappropriately. Hellickson is basically trapped – because of what he said on the video before he realized Jordan would deny everything – into conceding that he knew about Strauss’s behavior and knew it was serious enough to confront him and bring his concerns to administrators. Given Hellickson’s admissions, Jordan’s claim that he was simply in the dark are absurd on their face.

That’s it for Thursday.  I don’t expect to have Friday posted until sometime Saturday morning.  I’m still getting used to this new schedule, new duties stuff.

Friday is big.  It’s 12:24 EST, and Mueller just indicted 12 Russian hackers for their attack on the DNC.  Right while Trump was meeting Queen Elizabeth II.