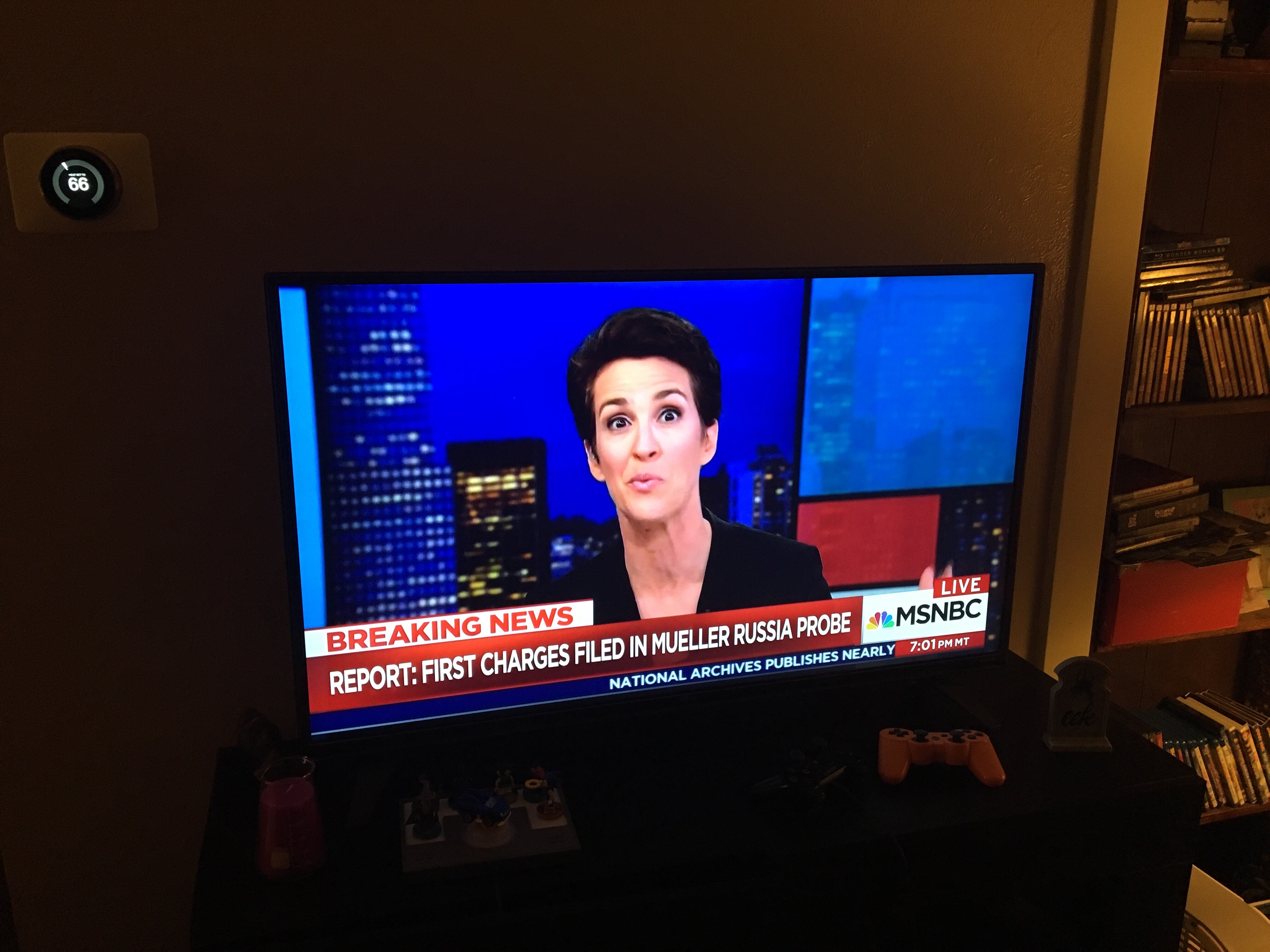 This is a big deal. The US Attorney for the Eastern District of Virginia is retiring.

Dana Boente has an interesting story.

Late in 2016, President Obama changed the order of succession for the DOJ, lowering him down the chain. Of course, Trump reversed it, and placed Dana back in his old spot, and somehow interpreted this move as “Obama hates him, so I like him” and left him in his position.

Meanwhile, Grand Juries were convened to look into the Russian investigation, starting with Mike Flynn and Paul Manafort. These started in EDVA. This is where James Comey had at least one Grand Jury.

When Comey was fired, Boente was in the SCIF with Rosenstein when the decision was made to name a Special Counselor. That turned out to be Robert Mueller.

Boente will stay on until his replacement is confirmed by the Senate. But considering that Preet Bharara was fired in March, and replacements are still being interviewed, Dana might be on the job for a while.

One rumor going around is that he will be called as a witness, and because of this, he can’t be a prosecutor on the case. Take that for what you will.

She was asking Alexander Nix, head of CA, if he could get Wikileaks to release the mails in a particular order.

More interestingly, this targeting software was left unguarded and unencrypted, open for anyone who knew it was there.

SEEKING STOLEN PROPERTY IS A CRIME

Ari Melber reminds us that trying to acquire stolen property is a crime. There have been multiple attempts by the Trump Campaign to get these emails. At this point, if they didn’t collide, it was because they fucked it up so bad the Russians bailed.

WHITEFISH ENERGY CONTRACT IS AS CORRUPT AS IT COMES

Here’s a copy. Nothing says legit for a no-bid deal like a clause that says it can’t be audited or reviewed.

Any judge not completely drunk would invalidate several parts of, if not the whole of the contract.

FEMA, the Senate, and a couple House Committees want to know how a two man company in Montana won this contract.

This is going to get interesting. The Trump Administration is doing a speed run on every type of scandal in American history. Looks like this is their Blackwater.

SANCTIONS DIVISION AT STATE DEPARTMENT SHUT DOWN BY TILLERSON REORGANIZATION

Can’t enforce sanctions if there isn’t a sanctions department.

Remember, Secretary of State Rex Tillerson is one of the few Americans that have won the Russian Medal of Friendship, given to him directly by Vladimir Putin.

This comes after the Trump Administration changed the governments stance on using private prisons.

Explain to me how this isn’t a bribe.

JFK FILES RELEASED, HOW TO READ THEM

The New York Times has a good write up on how to read the JFK files that were released.

Start with the files that were not listed before.

Following even more violence against journalists in Russia, the Editor in Chief of Novaya Gazeta, will arm his staff.

Be safe out there.

If Ben Sasse doesn’t like you, you’re a dick.

Expect the Moderates in the GOP to start fighting back against the fringes, especially given the other developments today.

TRUMP WANTS TO LIFT GAG ORDER ON FBI INFORMANTS FOR URANIUM ONE, ALSO WANTS ALL EMAILS OF CLINTON’S RELEASED

This is pure distraction. Trump wants to distract from the incoming shitstorm. He’s also trying to make a stink about emails again.

Remember when Trump tried to buy the Buffalo Bills?

He worked with Roger Stone, Cohen, and Caputo to screw Jon Bon Jovi out of the sale.

Fuck Trump, he killed the USFL and Spring football.

This is great for a laugh.

This is what I think of when I think of trolls. Making a sex tape with a black man and a Hilary lookalike is pretty funny and fucked up.

Fuck these type of assholes. I want to feel sorry for them that they don’t know how to think, or might be sick, but going after victims is fucked up.

Catalan has decided to declare their independence from Spain today. In retaliation, Spain will exercise their emergency powers to keep this from happening.

Keep an eye on this. It’s just a potential revolution or civil war about to break loose in Europe.

HOUSTON TEXANS OWNER BOB McNAIR ON ANTHEM PROTEST: “WE CANT’T HAVE THE INMATES RUNNING THE PRISON.”

Just, think before you talk.

Several players walked out of practice, and might not play on Sunday.

The players have a choice on whether they should play or not. Except Lamar Miller, I’m starting him in Fantasy Football this week.

The GOP wants to wrap up the Russian Investigations.

Nothing to see here, no collusion. Ignore the indictments, the SIGINT, and all of the other evidence.

GOP MAY USE BUDGET TRICKS TO END MUELLER WORK

One trick they might try to use to stop the Investigation is to screw with the funding.

Of course, if indictments are in the pipeline, cutting off the investigation could likely lead to an Obstruction of Justice charge.

From the “Water is Wet” Category, Orrin Hatch might retire after his term ends in 2019.

Orrin Hatch, the President Pro Tempre of the Senate, is 83 years old. Rumor has it that his health might be failing, and he might want to retire, but doesn’t want to announce it until things settle down.

This is perfect. Run ads calling for Trump’s Impeachment on Fox & Friends, while he’s watching.

And, of course she denied ever working with the Kremlin.

The Crown Prosecutor, or Prosecutor General of Russia.

He is known as the King of Kompromat. He supplied this information on Hilary Clinton to Veselnitskaya, who offered it to Team Trump.

GETTING A FISA WARRANT IS HARD

So, the fact that at least two people of interest, Carter Page and Paul Manafort were under a warrant, should show how serious shit is.

How does a Nazi get any work as an expert on National Security interviews?

Get ready for shit to fly against Gorka and Hannity.

Cyprus is trying to play off it’s role in Russian Money Laundering scandals.

Remember, Paul Manafort moved Oleg Deripaska’s money through the Bank of Cyprus, under the management of Wilbur Ross at the time.

Diane Feinstein has sent a letter on behalf of the Senate Judiciary Committee, demanding information from the White House in its role in the Jim Comey firing.

PUERTO RICO DEATH TOLL SHOULD BE AT LEAST 911

Close to 1,000 people have died of “natural causes” since Hurricane Maria. But without a coroner to sign off on the source of the deaths, they aren’t “officially” dead due to the Hurricane.

This is just a clusterfuck of a quagmire of a disaster.

WAPO OPINION PIECE: THE GOP BATTLE TACTICS ARE THOSE OF AN 8 YEAR OLD

If this is the official battle tactic of the Republican Party, then it is time to change how we work together.

The Washington Free Beacon is a Conservative group and publication.

According to Byron York, Christopher Steele wasn’t involved until after the DNC started paying the bills, but they did hire Fusion GPS.

Paul Singer. Need to look into that name, and who commissioned him.

This just came in from Reuters. Powell is a current Governor of the Federal Reserve.

That’s it for today. 34 stories, and I might have left a couple off. I think I might write something fun this weekend, like how Trump will fuck up the Turkey Pardon, or the origin story of the Justice League.