How bad can get for Michael Flynn?

A report came out early today from Congressional Democrats that declared that Michael Flynn did not disclose several meetings that he had with Saudis and Russians about building 16 nuclear power plants in Saudi Arabia using a Russian company that is under sanctions. These meetings took place over a span of months. Worse yet, they were left off of his security clearance application.

This is one of those cases where, even if each piece of the story is taken one line at a time, it’s still bad. Add them all up, and it’s somewhere between espionage and treason.

Why is the head of the National Security Council getting involved in a deal to build a power plant in Saudi Arabia?

Why work with a Russian company to build this plant, instead of Westinghouse or Phillips?

Why choose a company that is under sanctions to execute this multi billion dollar deal?

SIXTEEN FUCKING POWER PLANTS? ARE YOU SHITTING ME?!

Why not include any of this on his security clearance application?

Why continue this work while in the White House?

Each plant costs about $3-5 Billion. That’s a solid $60 Billion to line Russian pockets. 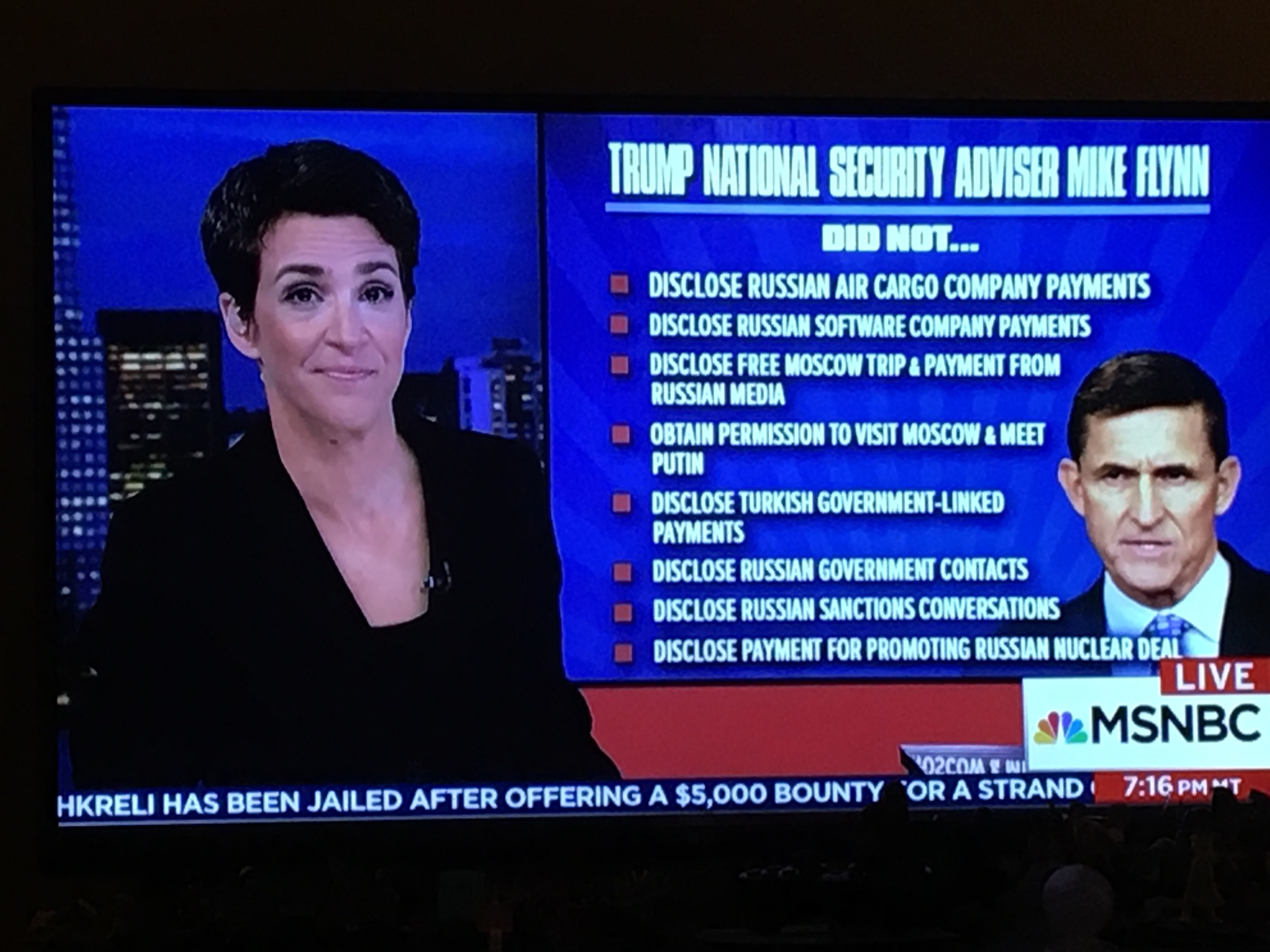 HIS SON IS UNDER INVESTIGATION, TOO

Another report came out today that Robert Mueller is also investigating the son Michael Flynn for his role at his fathers business.

So, both Flynn’s are in Mueller’s crosshairs. Wonder what else he’s looking at?

Well, I guess there’s that.

So, remember all that GOP screaming about unmasking on Intel messages? Well, she answered why.

Susan Rice unmasked the names of intercepts between the Crown Prince of the United Arab Emirates and whom he met in New York in December.

There’s a common courtesy that the head of a nation gives the White House a heads up if they’re visiting the United States. When he didn’t do that, USIC got involved.

What they found was Steve Bannon, Jared Kushner, and Michael Flynn talking with the Crown Prince about setting up a back channel between the United States and Russia, outside of the view of the USIC.

Note the date. December 11, 2016. About a week after Jared’s meeting with Sberbank where he tried to set up a back channel through the Russian Embassy.

It’s a month before Erik Prince’s meeting in the Seychelles, organized by the Crown Prince.

Why was Erik Prince there? Because it was too hot for Jared Kushner to show up.

Now, see why Trump and his team made a big boogeyman out of unmasking? Because they’re caught on tape doing some illegal shit.

The U.S. Department of Homeland Security banned the use of Kaspersky Software form federal computers. Kaspersky has very deep ties to the Russian Intelligence Service.

Also, Best Buy has pulled their products from sale.

If you have a computer running Kaspersky Anti-Virus, uninstall it. And get a new computer. Burn the old one.